Stacia “FYA” Edwards born in Kingston, Jamaica is devoted to the street styles of dance. For more than a
decade, she has been practicing and teaching Dancehall, Reggae, Traditional and Afrocentric Dance and
considers herself 100% Street Certified. She is the founder of the group Vibe Ihatas, who won the first Dancin
Dynamite competition in 2006. This multitalented virtuoso is blessed with the ability to dance, act, sing,
choreograph, teach, model, and is a gifted fashion designer. Stacia’s mother, who is an actress, dancer, singer
and member of the National Pantomime since 1981, has influenced her to pursue a career in the entertainment
field and develop her passion and skills for dance.
Stacia has traveled all over the world, touring, teaching, competing and performing in Canada, St. Lucia,
Grenada, Barbados, Guadeloupe, Turks & Caicos, Bahamas, Trinidad, and Africa to name a few. Her passion
has led her to work with top Local Reggae and Dancehall artistes such as Shabba Ranks, Patra, Busy Signal,
Beenie Man, Bounty Killer, Sizzla, Taurus Riley, Capleton, Red Rat, Mr. Lexx, Barbee, Dean Frazier, Hezron,
Carol Gonzales, Cecile, Spice, Red Foxx, Lady Saw, Macka Diamond, Krishane, Melissa Steel, Daville,
Gyptian, Lady G, Nature and International artistes like, Sean Kingston, Nicki Minaj, Mya, Shaggy, T.O.K.,
Phillipidon. One of her most memorable tour experience was traveling to Dakar, Senegal with Patra as her back
up dancer in 1999.
In early 2013, she worked with Tyra Banks as a Choreographer and was featured in “America’s Next Top
Model”. Additionally, she worked with RIU Hotels and Resorts for two years, teaching RIU dancers the “Art of
the Waist,” and learning various dance genres while in Montego Bay, Negril and Ocho Rios. In addition to her
island wide and international teaching experiences, she shares her talent in the comfort of her home, what she
calls her “Dance Playground”, where she has conducts dance & fitness classes at her home dance studio for the
women and children in her community.
Stacia Fya’s hard work, innovation with dance, creativity, genuineness, and determination has made her one of
the most sought-after dancers and choreographers in Jamaica, and she has no plans on stopping any time soon.
In her Dance Lessons, she focuses on the technique of steps within the Reggae / Dancehall genre and she has
developed her very own concept called “Confidence Dancehall©” to empower mainly female dancers.
With a natural gift of movement, her goal is to bring out the versatility and performance qualities in aspiring
young dancers, helping to prepare them for dance and life lessons. She subscribes wholly to the belief that her
talents mean nothing if she doesn’t share them with others. That’s where her affiliation and relationship with
Dance Jamaica grew stronger and closer.
In September 2013, Stacia partnered with Brian Kotler from Canada to record her first official single, “RAVE”
on The Lady Like Riddim for the label Indie-Rootz Records. The video was released in March 2015. Her EP
entitled “Blazin” came out in November 2013 featuring six of her original songs, now available on iTunes. In
summer 2015, she got the opportunity to showcase her dance and singing skills in her live solo performance for
Jamaica Day and Canada Day celebrations in Montreal and Toronto, Canada. She conducted dancehall
workshops during her trip, as a part of the unified Danceja mission to educate the world about Jamaican
Dancehall while preserving its authenticity. 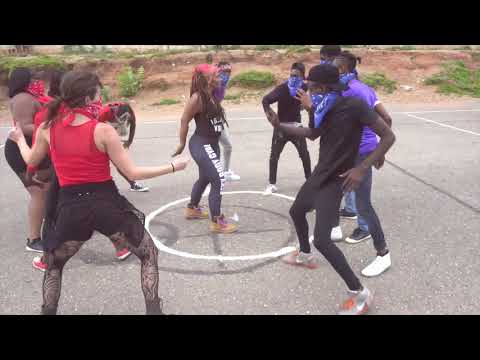 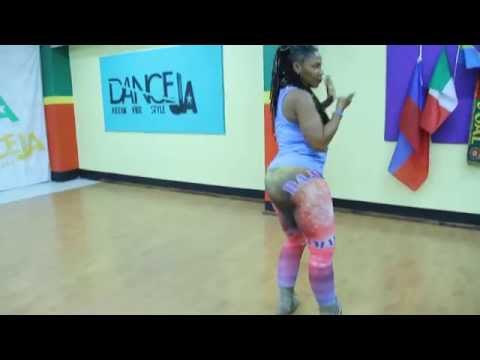