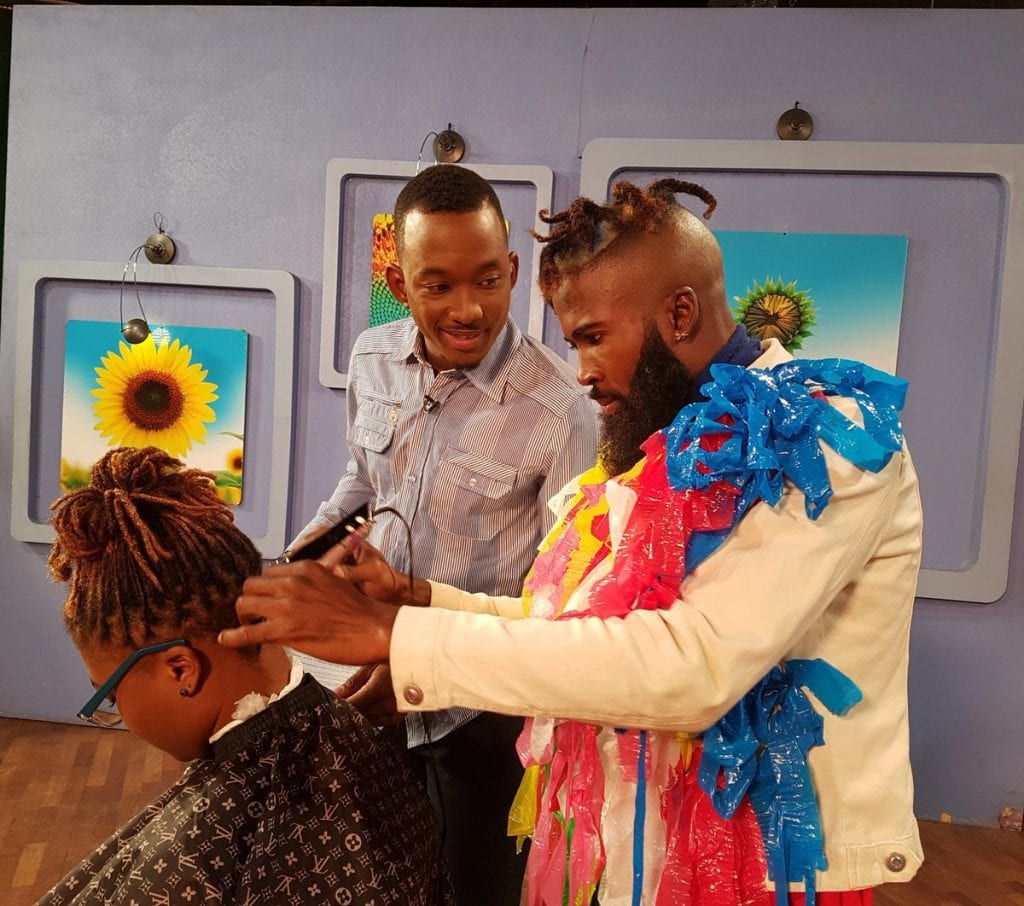 ‘A Fashion Oddity from Head to Toe’ by Sade Gardener

There is something strikingly captivating about Fashion Barber. The 36-year-old is a fashion oddity from head to toe, parading in customised outfits with almost any accessory you can think of. These include torn pages from the directory, cutlery, Scotch-Brite cleaning pads, oversized teddy bears and dangling shoes.

“My style is based on what I’m feeling. I will buy a shoes and one foot mash up, and I deliberately wear it with another shoe because it’s so eccentric and it looks clean. Some fashion me wear is a waste in Jamaica because people nuh appreciate it. I follow a lot of celebrities on social media and I will wear something first and people don’t like it, but when other celebrities wear it, they get praised for it. I don’t let that bother me; I just do me,” he said.

Fashion Barber, whose given name is Sulliman Brown, became popular as the regional winner at the 2017 inaugural Campari Pop Style competition and returns this year as a guest judge. Despite the popularity he has gained for his eccentric look, he earns his income as a barber at New Levels Barbershop in Park Plaza, St Andrew.

“I’ve been here for 14 years and it’s my nine-five,” Fashion Barber told THE WEEKEND STAR.

“I have an interesting bike and when I feel like it, I roll out in my Benz. This job sustains me. The ‘Fashion Barber’ thing attracts customers because they want to come and sit in my chair and see what I have to offer,” he said.

Born on Maxfield Avenue, St Andrew, he spent his formative years in Dalvey, St Thomas, where he said he had to fend for himself following his mother’s migration to the United States. He sent himself to high school through barbering.

“School was vicious; I went to several schools because of the lack of parenthood – Port Morant, Happy Grove, so many schools. It was really hard, so I was always hustling.”

His ‘hustle’ included using money his mother sent him to buy pants and customise them for sale.

“I was always interested in fashion. I used to use marker and crayon and colour my clothes, and people would say me weird and me look mad. Coming up, I realise not everybody going to like you, but you have to do what you have to do.”

The proud father of a five-year-old boy, Fashion Barber hopes to establish his own business in the near future to offer style advice. He also has his own fragrance, 82 Eccentric.